Reading about the naval career of Britain's Prince Philip gave me an idea for a writing prompt.
During World War 2, the Prince was a Midshipman in charge of a search light aboard the HMS Valiant on a dark night off Cape Matapan. When he was ordered to unshutter it, the light revealed an Italian cruiser so close that only half the ship was lit up.  Italy had some of the most modern battleships of the era.  Some were like Ferraris on the high seas.  But, Italian crews didn't practice gunnery at night, the cruiser was already damaged, and British gunners sent it to the bottom in moments.  A few minutes later, another Italian cruiser was caught in the lights and sunk.  It must have been quite a fright to be standing right by the only thing the Italians could see to shoot at!
For today's writing prompt, turn on a searchlight on a ship, a police car, a homeowner's deck, or somewhere else where a searchlight might be available and write about what is
revealed in the light!

Condolences to the Royal Family, the people of the United Kingdom, and the British Commonwealth.

A sailor on the U.S.S. Missouri mans a searchlight. Reading about the naval career of Britain's Prince Philip gave me an idea for a w... 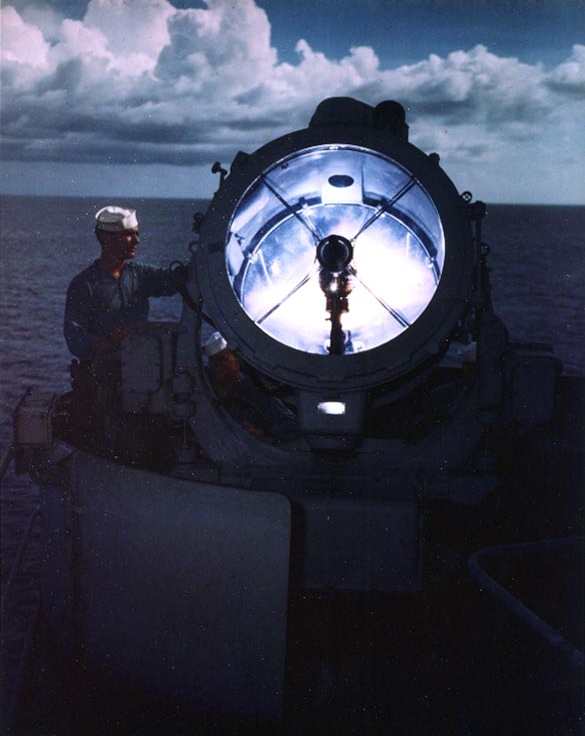